Proven systems working in a number of different applications. The units have been successfully deployed in:

Destroy Any Odor Simply & With Ease

In photocatalytic air purifiers, exemplified by the Aria™ Odor Control System, the decomposition of VOC’s, destruction of odors, destruction of all microbial matter, destruction of insects, and mold control on plants is achieved by the interaction of the composition of the catalyst and the light that shines on it. The closest analog to this process can be found in solar panels, where a “similar” semiconductor band is exposed to sunlight, and electrons are released as well as positively charged holes are created. The wiring in the solar panel effectively carries the electrons, which refill the positive holes when the circuit is completed.

In the case of the Aria™ Odor Control System, there are no wires, and as a result the electrons that are created effectively “have nowhere to go”. As a result, the electrons accumulated on the surface react with the first compounds they collide with (water molecules, air molecules, VOC’s, etc.) and either directly break down the contaminants or create other reactive oxygen species which go on to destroy the contaminants.

Reactive oxygen species created have very short half-lives under these conditions, ranging from a few milliseconds to one hundred milliseconds. Given these values, the reactive oxygen species remain near the reaction zone, and do not leave the system. The electrons interact with air (oxygen) and water vapor (H2O) in the air, breaking them up into reactive oxygen species like ozone, singlet oxygen and  hydroxyl radicals (OH·), all of which are highly reactive, short-lived (microseconds), uncharged molecules. These small, agile molecules then attack bigger organic (carbon-based) pollutant molecules in the air, breaking apart their chemical bonds and turning them into harmless substances such as carbon dioxide and water. This is an example of  oxidation—and that’s why air purifiers that work this way are sometimes also described as PCO (photocatalytic oxidation)  air cleaners.

The catalytic coating is extremely thin, just a thin film covering the surface of a backing material called a substrate, which is usually made from a  ceramic or a piece of metal (such as  aluminum ). Here is the big advantage that photocatalytic air purifiers have over other air-cleaning technologies, such as  filters: instead of simply trapping pollutants (which still have to be disposed of somehow), they completely transform  the harmful chemicals and effectively destroy them.

All the interesting stuff happens on the surface  of the titanium dioxide catalyst. That’s why air purifiers need fans to suck polluted air in at one end and blow clean out of the other. It’s also why air purifiers take some time (typically up to 30 minutes) to clean a large room properly .

We can also claim we have a better coating the way we flame deposit the TiO2…  We can claim better crystal structure – more anatase crystal phase than rutile or brookite. We can look at flow distributors as a differentiator.

﻿What Can The Am-Air Odor Control System Can Do?

It’s All About Molecules

How Does the Am-Air Odor Control System Work? The same effect seen in semiconductors takes place, and electron from the aluminum is energized and the electron enters the “conduction bank” and leaves a hole behind.

When The Electron Forms Where Does It Go?
In a solar panel, it become current. In The Aria System it “attacks” the first thing it collides with: Oxygen molecule, Water molecule, VOC, etc. Whatever it is, the target molecule decomposes. Decomposition does not need to be complete, all we need to do is alter the molecule sufficiently, so it does not fit into the odor receptors.

The Better Knows “Cousin”. In this case below, the same electrons run through a wire and create a current! 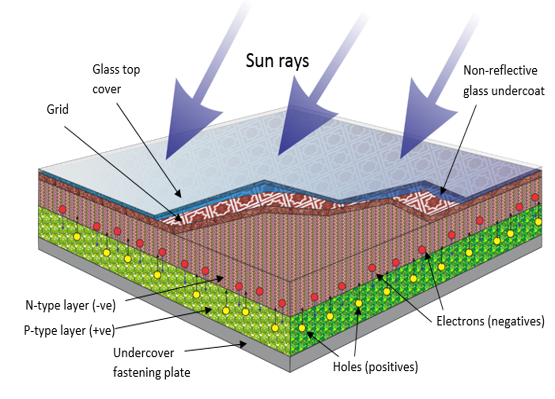 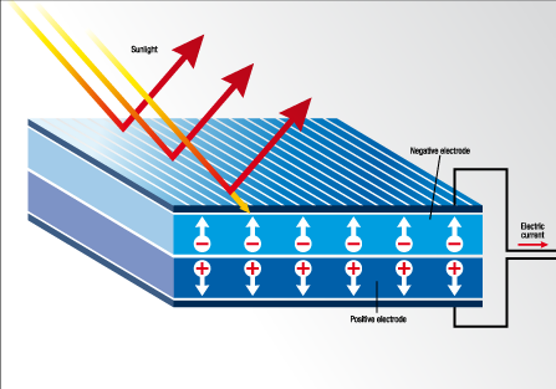 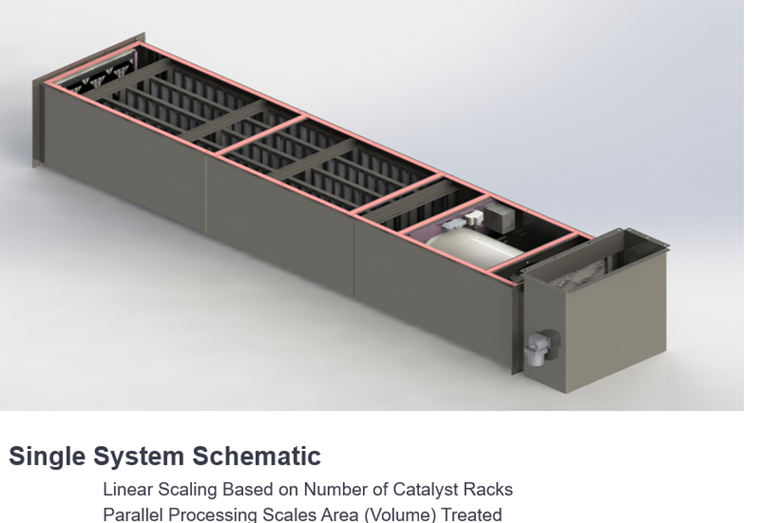